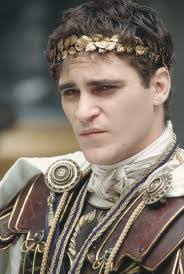 As I continue to try to understand Donald Trump’s assault on the country I love, I find myself exploring many sources. This blog and the next I will post are about moments in movies I have seen.

You can judge their relevance to today.

Gladiator was released in 2000. Directed by Ridley Scott, it won the Academy Award for Best Picture that year. Russell Crowe won Best Actor for his role as Maximus, a Roman General whose family was destroyed by the Emperor Commodus, a disruptive and demented figure.

The struggle in the Gladiator is for the soul of Rome, whether it will be governed by a Senate cleansed of corruption, as representatives of the people or by an emperor.

After killing his own father, the great Caesar, Marcus Aurelius, who has told him he does not have the qualities to rule Rome, Commodus, having just become Caesar speaks to his sister, Lucilla…

“The Senate. Who are they. They just talk. It should be just you and me [ruling]. Rome has changed. It takes an emperor to rule an empire.”

His sister says: “There has always been a Senate. Leave the people their…”
Commodus interrupts, “illusions.”
She concludes, “traditions.”

Lucilla continues: “The people care about the greatness of Rome.”
Commodus asks: “Well, what is that?”

Lucilla: “It’s an idea – greatness. Greatness is a vision.”

Commodus: “Exactly Do you not see, Lucilla. I will give people a vision of Rome and they will love me for it. And they’ll soon forget the sermonizing of a few dry old men. I will give the people the greatest vision of their lives.”

The scene shifts to two Senators outside the reinstituted Public Games.  Commodious has just introduced 150 days of games designed to entertain – and, ultimately, control – the people under his single leadership.

Senator Gaius: “The whole of Rome would be laughing at him if they weren’t so afraid of his Praetorians.”

Senator Gaius: “You really think the people are going to be seduced by that?”

Senator Falco: “I think he knows what Rome is. Rome is the mob. Conjure magic for them and they’ll be distracted.  Take away their freedom and still they’ll roar.  The beating heart of Rome is not the marble of the Senate, it’s the sand of the Coliseum.  He’ll bring them death, and they will love him for it.”

As our own struggle continues against a man who would destroy essential pillars of our nation’s greatness – a free press and an independent judiciary, for starters – I am encouraged to see there are people both inside and outside our government fighting back to hold on to the best of who we are.

At the Movies, Part 2: The Admiral – a Dutch historical film – is coming in the next few days.

2 thoughts on “Commodus and The Donald: At the Movies, Part 1”

Before the 2016 Clinton-Trump Presidential election, the most important election in my lifetime was the 2002 Georgia Senatorial election. It set the path for our decaying politics. It assaulted the values that had truly made and kept America great. It set a pattern for today.

In that election, Senator Max Cleland was challenged by Saxby Chambliss. Chambliss was far behind as election day came close. He had nothing to lose and did something that in the past would have been attacked as despicable and, indeed, contrary to American values. He attacked Senator Cleland as weak on defense. The tool he used was a Cleland vote on amending the Chemical Weapons Treaty. That amendment passed 56-44 with Cleland being on the same side as Senator Bill Frist, then head of the Senate committee that picked Chambliss to run against Cleland. Chambliss accused Cleland of “breaking his oath to protect and defend the Constitution”.

Well, we’re used to politicians twisting the truth, so why was this a step toward changing American values?

Max Cleland was a former Secretary of the Department of Veterans Affairs. At the age of 25, while in Viet Nam as a Captain in the U.S. Army, Max Cleland lost both his legs and one arm in service to his nation. To attack such a man as anything other than a patriot would have been unthinkable before that 2002 election.

Chambliss reversed the polls, won the election and changed our politics to this day. Others saw what he had done and learned. The new formula was simple and profoundly cynical: find a strength in your opponent and transform it to a weakness.

The formula has been repeated over and over ever since. Most recently, we have seen it in our 2016 election where a candidate who served (with good popularity) as Senator and Secretary of State has been subjected to years of Congressional hearings, as she emerged as a strong candidate for President.

The evolving result has been a loss of common national values.

The Republican and Democratic tribes do not do the business of the nation. They do not pass budgets. They do not stand unified at the water’s edge against nations that would do us harm. They focus on partisan interest and the destruction of each other.

When they fail, they do not apologize and seriously commit to work to the common good. They say citizens want them to be stronger in pushing their philosophies. They claim mandate, rather than the reality that citizens are limited by the rules they have set to a binary choice.

In truth, their philosophies are meaningless to most Americans. They are too often used to generate anger with ideas as a tagline.

Citizens simply want America to work…to bring us jobs and stability. We want people who will talk to each other, listen and find – or create – common ground. That is leadership in a democracy – if we want to keep it.

This introduction is to a new blog dedicated to values. It is about people who put themselves second to others. It is about a future worth having. It will include stories about heroes I and others have met or observed, a little history and, perhaps, a few thoughts

Welcome to A Nation Worth Having: A blog about binding values.